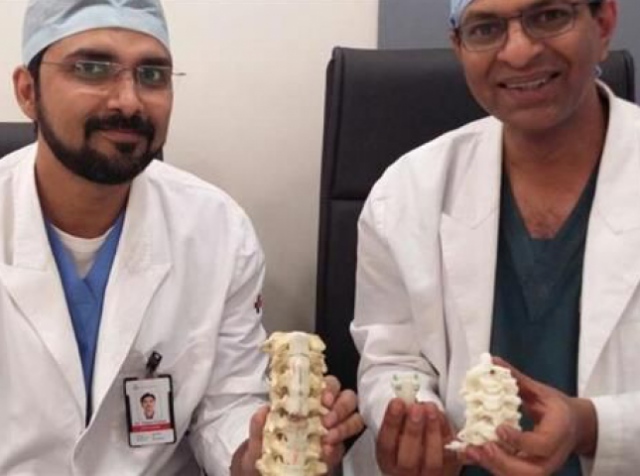 3D printing, virtual reality helmets and climate change: what is the connection?

Oddly enough, the connection is obvious. But first things first.

VisLab is a unique educational system. Fascinating researches are being conducted in the related laboratory for the purpose of making science more interesting to children. In particular, the goal was to attract the attention of students to the climate change issue. Students took a creative approach and printed virtual reality helmets on 3D printers, which helped to visualize the process of glaciers melting. This way, according to the developers, children will be able to understand mechanisms that affect climate change better.

Helmets were developed with the help of the 3D modeling program Blender, and the MakerBot printer was used particularly for printing. The work of helmets is based on the Arduino microcontrollers.

Daqri is working on 3D printers that print using holograms

The company has distinguished itself by developing unusual devices such as intelligent virtual reality helmet. Now Daqri is working on a holographic 3D printer.

The principle of the device operation is based on the combination of two technologies.

The first one - DLP - is widely used for video projectors creation and other similar devices. Thanks to the technology, a photosensitive monomer hardens at printing being exposed to light.

The second technology is an exclusive feature of the new printer, and is distinguished by its specific light beam distribution. It uses a complex optical field - a hologram. This ensures en mass rather than layerwise hardening.

A special chip was designed for the creation of the related hologram. Its structure has no complex optical systems. It is based on special crystals that alter the shape of the projecting beam according to the assigned commands creating a three dimensional light field.

For now, a holographic printer can produce only small-sized objects such as paperclips and thumbtacks. Printing process takes only few seconds, and the resulting item gains smooth surface texture.

Transplantation of printed spinal vertebrae was done in India

The procedure was held in the Medanta hospital (The Medicity). The patient suffering from tuberculosis had her damaged cervical vertebrae replaced with metal implants. The surgery lasted 10 hours and was done by surgeons from India, USA and Sweden.

For implants printing, CT and MRT data was used. According to physicians, the patient was able to walk within 12 days after the surgery and did not feel any pain in the back. Moreover, her voice was not damaged and she could sing again.

This means that the artificial vertebrae do not affect the function of the vocal cords and surrounding nerves. This was the most dangerous part of the surgery. Doctors could not predict whether there will be any complications. Now it has become obvious: 3D printing allows to maintain even the most complex recovery procedures.