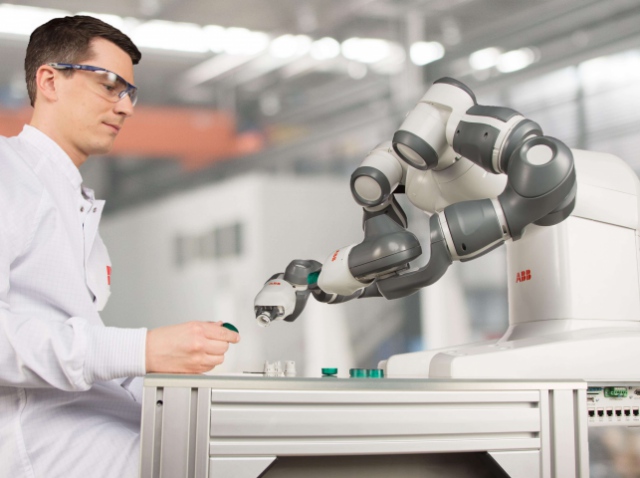 Over the years, ABB Robotics, a well-known Swiss company, has been working on robotic industrial system called YuMi, designed for consumer electronics assembling. To create grippers for YuMi, allowing to work with very small and delicate details, the company has decided to use 3D printing opportunities.

Tow-handed robot YuMi requires as much space at the assembly line as a person and can do the same work as a common employee. Moreover, the Swiss manufacturer has initially made a robot that could successfully interact with people.

The most complicated task while robot producing was the gripper system creation. A manipulator should take and place electronics constructional elements very carefully and accurately. By the way, some details are pretty small. Consequently, YuMi fingers should be flexible and sensitive.

Traditional gripper systems for such manipulators are made of aluminum approximately one and half month. YuMi developers have decided to take a different tack: use additive technologies and replace metal for plastic. As a result, they could print a prototype model only for an hour.

As 3D printing involving third parties is a quite expensive process, ABB Robotics has decided to purchase its own 3D printer and produce functional grippers independently. The team chose Ultimaker 2 Extended.

Thus, due to additive technologies implementing, currently, ABB Robotics, the leading Swiss company focusing on production automation, is producing high-quality two-handed robots with the most efficient gripper system that will be able to replace a professional worker easily.